But then she adds: “I have found absolutely beautiful life-changing things in the Christian faith, in the Hindu faith, in Buddhism. So, for me, I believe in being Christ-like, being kind, being of service so I kind of let that lead who I am.”

Like other African-American millennials, Brown, 33, author of “Crystal Bliss: Attract Love. Feed Your Spirit. Manifest Your Dreams,” is charting her own course when it comes to spirituality.

On Friday (Aug. 24), she’ll explain her faith at a pilot event in Los Angeles that explores new ways black people born between 1981 and 1996 are embracing religion and spirituality at a time when the black church is no longer the central organizing force for some African-Americans. 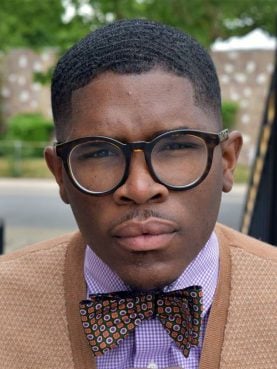 The new series, called “gOD-Talk: A Black Millennials and Faith Conversation,” is a joint project of the Smithsonian’s National Museum of African American History and Culture and the Pew Research Center.

Teddy Reeves, a specialist in the museum’s Center for the Study of African American Religious Life, said the project’s nontraditional treatment of the word “God” is intentional, in hopes that the conversations will include blacks with Judeo-Christian perspectives, adherents of Islam and African spirituality, and humanists and atheists.

Excerpt from the Unashamed Book by Lecrae.