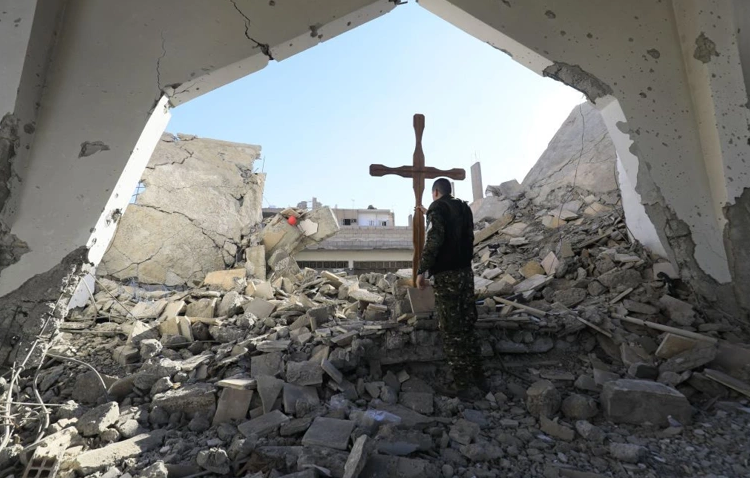 To observe the annual International Day of Prayer for the Persecuted on Sunday, churches around the world are praying for more than 340 million Christians who are persecuted or oppressed because of their faith.

“The IDOP is a time set apart to remember all those who share our faith, but not our freedom,” Godfrey Yogarajah, ambassador for Religious Freedom of the World Evangelical Alliance said.

The WEA Religious Liberty Commission launched the first IDOP in 1996, encouraging churches worldwide to dedicate a Sunday in November to pray for persecuted Christians.

“For over two decades, every November, the global Church has united in prayer for our persecuted brothers and sisters around the world. Today, more than 300 million Christians live in places where they face persecution for their faith in Jesus Christ. Staggeringly, this is one in eight Christians, globally,” said WEA Secretary General Thomas Schirrmacher.

Speaking to CBN News, David Curry, president and CEO of Open Doors USA, put the number of Christians who are persecuted or oppressed because of their faith in Jesus at more than 340 million.

“Some of those places like North Korea are exceptionally difficult if you’re caught with the Bible, you may spend the rest of your life in prison or even lose your life,” he explained. “Then there are other places around the world where the Gospel is opposed. You may be harassed and bothered, so there are any number of ways people can be persecuted for their faith.”

Behind each number and statistic, there is a human story, notes the World Watch List, which seeks to identify countries where Christian persecution is most rampant.

“Christians who abandon a majority faith to follow Christ know they risk losing all support from spouses, families, tribes and communities, as well as local and national authorities. If they lose income due to COVID-19, they can’t fall back on customary networks for survival,” it continues, adding that the kidnapping, forcible conversion and forced marriage of women and girls also increased during the pandemic because of increased vulnerability.“Several countries in Mainland Asia continue to be governed by Marxist one-party dictatorships,” The Tablet quoted him as saying. “These include North Korea where the policy toward faith groups can be understood as ‘exterminationist’ and China where mass surveillance, including artificial intelligence-refined technology, a social credit system that rewards and punishes individual behavior, and brutal crackdowns on religious and ethnic groups, enforce the state supremacy.”

Riedemann then explained that Africa is witnessing an “extraordinarily rapid growth of transnational jihadist groups, who systematically persecute all those — Muslim and Christian — who do not accept their extreme Islamist ideology.”

Quoting the Africa Centre for Strategic Studies, he added that Sub-Saharan Africa “has become a haven for over two dozen extremist groups actively operating — and increasingly cooperating — in 14 countries.”

He further explained that Asia confronts a growing phenomenon of “ethno-religious nationalism,” which promotes ethnic and religious supremacy in some Hindu and Buddhist majority countries in Asia, leading to even greater oppression of minorities.

However, the rampant persecution is not affecting the growth of the Church or the faith of the believers. “When our sisters and brothers are persecuted for their faith, and they still choose Jesus, the Living Water — this is a miracle in front of our eyes,” the World Watch List notes.

One thought on “340 million Christians persecuted for their faith in Christ.”