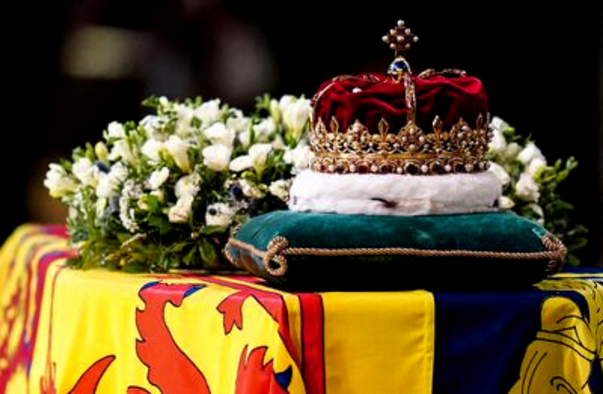 Queen Elizabeth II, the longest-reigning monarch in British history, has died at the age of 96.

Throughout the course of her unprecedented reign, Queen Elizabeth II spoke frequently about her personal Christian faith. Delivering her first Christmas Address in 1952, a tradition started by her grandfather, King George V, the Queen requested prayer for her upcoming coronation.

“I want to ask you all, whatever your religion may be, to pray for me on that day,” she said, “to pray that God may give me wisdom and strength to carry out the solemn promises I shall be making, and that I may faithfully serve Him and you, all the days of my life.”

As one of the world’s most recognizable and celebrated leaders for more than seven decades after that Christmas, the Queen demonstrated how to keep one’s Christian faith personal, private, inclusive, and compassionate while serving in a global, public role under intense scrutiny from virtually every sector.

Queen Elizabeth II inherited religious responsibilities as the Defender of the Faith and Supreme Governor of the Church of England, titles vested in the reigning British monarch since Henry VIII renounced the Papacy in 1534. At her coronation in 1953, Her Majesty took an oath to “maintain and preserve inviolably the settlement of the Church of England, and the doctrine worship, discipline, and government thereof, as by law established in England.”

Her duties included appointing archbishops, bishops, and deans of the Church of England as advised by the prime minister. In 1970, she became the first sovereign to inaugurate and address the church’s General Synod in person, a practice she continued every five years after diocesan elections.

Three weeks after her coronation, the Queen followed historical precedent and swore to maintain the Church of Scotland, honoring her duty to “preserve the settlement of the true Protestant religion as established by the laws made in Scotland.” The Church of Scotland is Presbyterian and recognizes only Jesus Christ as “King and Head of the Church,” resulting in Her Majesty’s lack of official title and participation as a regular member.

Bridging the 20th and 21st centuries, modernity and postmodernity, Her Majesty credited her personal faith in God and belief in Christ as her anchor amid the many storms, both public and private, that she endured. To the end, she fulfilled her sacred coronation vows to God, living faithfully and serving those entrusted in her care.

Dudley Delffs is a former English professor and the author of The Faith of Queen Elizabeth.