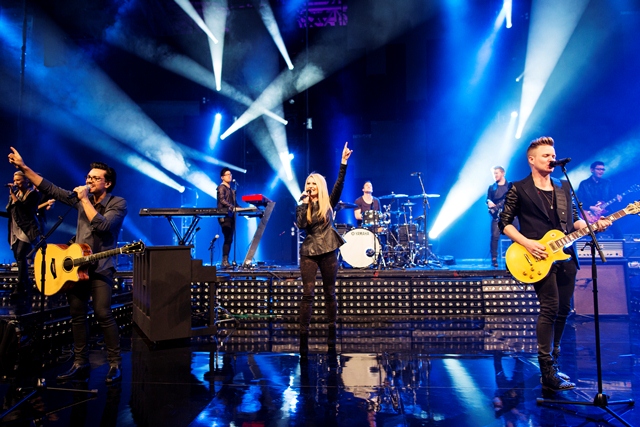 This jazzy, joyful new Christmas single celebrates family, togetherness, and Jesus as the true reason for the season. Singing a blessing over families as he encourages listeners to join in on the chorus, Hunt wrote and produced the new song.

“Over the past couple of years, I have been modernizing Christmas carols, almost like remixing them with modern-day production,” says Hunt. “As I was thinking about what I could do next, I thought it would be cool to have a modern take on ‘We Wish You a Merry Christmas,’ so I wrote this original track. While producing ‘A Very Merry Christmas,’ I invited two of the greats in the industry, Mateus Asato and Jesus Molina, to lend their talents on guitar and keyboard. The culmination of all this has become one very fun track to listen to and sing along with!”

“Christmas is about the One who came to give us life, joy, peace, and so much more,” adds Planetshakers’ Joshua Brown. “We want our music to reflect the joy and life found in Christ, and there’s no better time than now to celebrate that with a Christmas song!”

Along with the Christmas music, Planetshakers released Revival: Live At Chapel last month. The album features the band performing 11 songs live in an intimate setting with Planetshakers Bible College students surrounding them in the round. Full-production versions of these same songs plus the track “Revival’s Here” are also available on Planetshakers’ REVIVAL album that was recorded live during the REVIVAL Conference held April 1-3 at Planetshakers Church. Both albums capture the palpable joy of worshipers gathering together during a brief break in Melbourne, Australia’s pandemic lock downs.