The Lemba. A Lost Tribe. 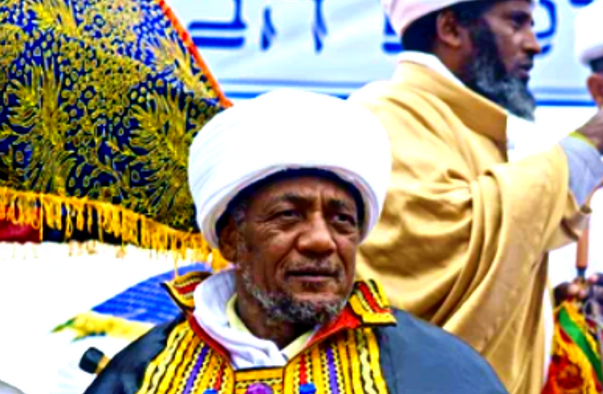 The Lemba, The Black Jews of Southern Africa –

Tudor Parfitt, the protagonist of the NOVA documentary “Lost Tribes of Israel,” made a journey through southern Africa to study the unusual traditions of a black African tribe called the Lemba. This Bantu-speaking group claimed Jewish ancestry and observed many Semitic traditions such as kosher-like dietary restrictions and slaughter practices, male circumcision rites, strict rules against intermarriage, and Semitic-sounding clan names. (See Tudor Parfitt’s Remarkable Journey.)

Parfitt spent many months with the Lemba, meeting their tribal and religious leaders and observing some of their most sacred rituals. He came to the conclusion that the origin of many of the Lemba traditions was indeed Semitic, not African. But whether these traditions came from Islamic or Jewish sources was impossible to discern from the historical and anthropological evidence available. It would take Y-chromosome studies to delve deeper into this question of origin.

A few years after his travels, Parfitt teamed up with a group from The Center for Genetic Anthropology at University College London to look for a genetic counterpart to the Lemba’s oral tradition of Jewish descent. Using a relatively new technique in genetic studies, the team identified a particular series of genetic markers on the Y chromosome of Lemba males. They then compared these markers to other groups with whom the Lemba might have shared a common ancestor long ago.

The team collected DNA samples from Bantu (African), Yemeni (Arab), and Sephardic Jews and Azhkenazi Jews (including Cohanim from both communities) to compare the amount of similarity that existed between each of these groups. As we’ve seen, the more similar the Y chromosome, the more closely related are some individuals in the different groups to a common paternal ancestor. As a consequence, one can establish links between populations.

In an interview with NOVA, team member Dr. David Goldstein commented on the team’s findings: “The first striking thing about the Y chromosomes of the Lemba is that you find this particular chromosomal type (Cohen modal haplotype) that is characteristic of the Jewish priesthood in a frequency that is similar to what you see in major Jewish populations. Something just under one out of every 10 Lemba that we looked at had this particular Y chromosomal type that appears to be a signature of Jewish ancestry. Perhaps even more striking is the fact that this Cohen genetic signature is strongly associated with a particular clan in the Lemba. Most of the Cohen modal haplotypes that we observe are carried by individuals of the Buba clan which, in Lemba oral tradition, had a leadership role in bringing the Lemba out of Israel.”

What this study shows is that the Lemba, and more specifically some members of the Buba sub-clan, seem to have an ancestral connection to Judaic populations. Like an oral history, but written in the letters of their DNA, the Lemba Y chromosome hands from father to son a living record of the past.

Back to Build a Family Tree