Christian TV In The Middle East. 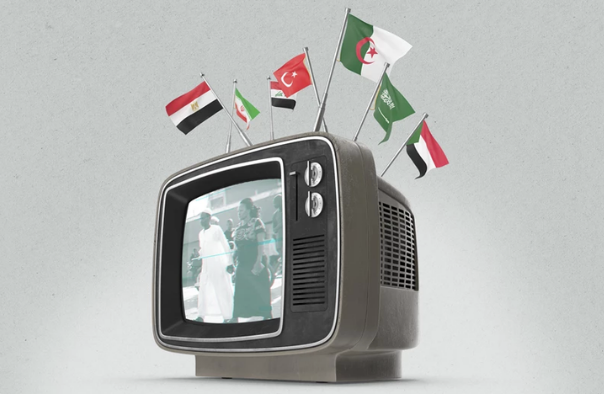 Media gives MENA Christians the opportunity to “share their sorrows, joys, faith, and hope” amid persecution and unrest.

An Excerpt from the book DARE TO BELIEVE by Terence Ascott.

Having transitioned SAT-7 to local leadership but continuing to serve as a member of its international council, Ascott turned back to literature to reflect on four decades of ministry.

Tertullian, the early North African Christian writer, observed, “The blood of the martyrs is the seed of the church.” When one considers the dozens of murdered Christian workers in Algeria over the past decades, it is not surprising to know that it hosts the fastest-growing church in the Arab world today.

The Protestant Church of Algeria (EPA) was officially recognized by the government of Algeria in 1974. While the exact number of its members has never been clear, estimates in 2011 were in the range of 60,000 to 120,000.

Almost all of the membership was not from a Christian tradition, with many of the 50 or so registered churches being in the Berber, Kabyle-speaking regions of the country. Though these believers had faced waves of persecution and church closures, their numbers continued to grow.

The violence Islamists have committed against Algerian civilians also appears to have been a factor in turning many to Christ. This was graphically illustrated by a drawing a young Algerian girl sent to our children’s program, AsSanabel.

It pictured Jesus on the cross, holding an Algerian flag in each hand. To Christ’s left was pictured something that no child should be thinking about: a bearded Islamist cutting the throat of this young artist with a sword. Over this gory part of the picture was a big X, rejecting the behavior.

To Christ’s right was a happy child holding a cross in one hand and declaring their freedom. And at the bottom of the picture she had written, “They are killing the children, but Jesus was killed for the children.”

Rita El Mounayer, who was by then the executive director for SAT-7’s Arabic channels (and still the presenter and producer of AsSanabel), and I flew into Oran on July 25, 2011. It was a long-postponed trip to strengthen SAT-7’s ties with the church and local producers there. Security was tight but friendly. Several of the immigration staff in the airport recognized Rita from her regular programs on SAT-7. This perhaps delayed things a bit, as they seemed anxious over the possibility of us filming in their country. We assured them we would not.

Our first impressions of the city were not that great. For the second largest city in Africa’s geographically biggest country, with one of the world’s greatest reserves of natural gas, their investment in public services and infrastructure seemed underwhelming. Many of the streets were unpaved, littered with rubbish. And we could find stores selling only the most basic range of local produce. Unemployment was high. Many of the apartment buildings seemed poorly maintained and had no elevators or air-conditioning, despite the stifling summer heat.

But they all had satellite dishes!

Our Algerian hosts welcomed us warmly. They clearly had a heart for ministry and for sharing their faith with others in North Africa through SAT-7’s broadcasts, especially at a time when half-a-dozen churches in the country had recently been given orders to close. These brothers and sisters had already been recording simple church services and other programs but were obviously in need of both better and more equipment, as well as some advanced training in television production.

Rita questioned if the believers at the church services being recorded minded that their faces would be shown on television, especially given the growing problems for such churches at that time. Youssef, the ministry leader, explained that when they discussed this issue in church, instead of people moving to the back and away from the cameras, many moved to the front to let their faces be seen more clearly!

Rita then asked Samia, both a presenter and a producer of several shows, “Is it not dangerous to show your face on screen?”

“Rita, what are you afraid of?” Samia asked.

“I am not afraid for myself or for SAT-7,” replied Rita, “but for your sake.”

“Afraid for me?” Samia said. “Persecution is actually a crown that we put on our heads each and every day before going out into the world. Don’t take this away from us!”

These are the Christians of North Africa.