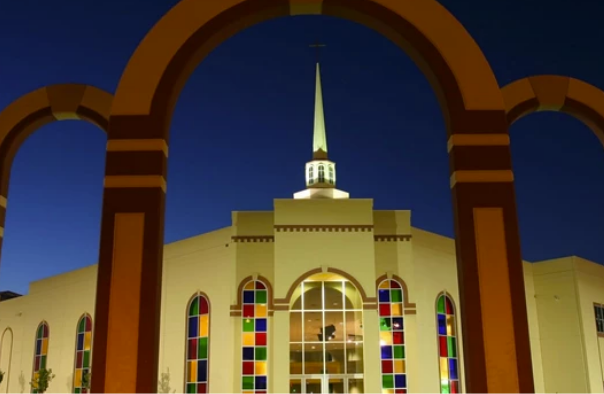 Tensions are surfacing among Slavic communities in the US, which have ties to both sides of the war in Ukraine. By Emily Belz

Michael Cherenkov, a pastor in Washington state, has relatives on both sides of the fight between Russia and Ukraine. And as wartime propaganda makes its way into immigrant churches around him, he has spiritual family on both sides too.

Evangelical pastors in the US, leading churches where Russian Americans and Ukrainian Americans worship side by side, see the stark but quiet tensions between those who believe Russian president Vladimir Putin’s justifications for the invasion and those who are decrying the injustice of the war. Many have ties to both countries, but the war has highlighted some long-unspoken political divisions.

Cherenkov leads Revival Baptist Church in Vancouver, Washington, a 400-person, mostly Ukrainian congregation. He grew up in Ukraine, where one of his brothers is fighting and his parents are sheltering, but was born in Russia, where his sister lives.

Cherenkov’s sister—also a Baptist—supports the invasion, seeing it as a natural consequence of Ukraine siding with the European Union and the United States, and she believes that Ukraine should submit to Putin.

“It’s hard to discuss,” Cherenkov said. “It is heartbreaking for all of us.”

The tension has been more overt in Ukrainian and Russian Orthodox churches in the United States. In New York last week, the Ukrainian Orthodox Cathedral of St. Volodymyr invited Russian Orthodox leaders to a prayer service for Ukraine along with New York’s governor. The governor came, but the Russian leaders did not.

In Sacramento, California—a hub for evangelical refugees who fled the Soviet Union—an associate pastor of a Russian Baptist church opened a recent service with a call for unity as “Satan tries to divide even our community, the Slavic community, who is for Russians and who is for Ukrainians,” and decried the war, taking a political side that was unprecedented for the church.

Even with both Russians and Ukrainians in Cherenkov’s congregation, church leaders at Revival have been praying for and supporting Ukraine without any overt division. Some Slavic churches in his region, he said, have had open arguments, with Russian Americans blaming the invasion on Ukraine’s alignment with the West—a stance he attributes to the influence of Russian media.