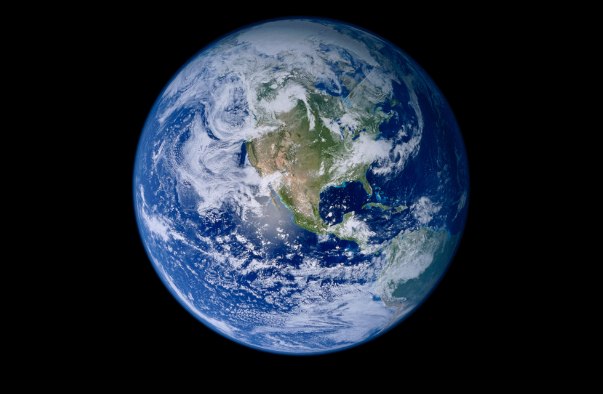 Every year on April 22, Earth Day marks the anniversary of the birth of the modern environmental movement in 1970.

Let’s take a look at the last half-century of mobilization for action:

In the decades leading up to the first Earth Day, Americans were consuming vast amounts of leaded gas through massive and inefficient automobiles. Industry belched out smoke and sludge with little fear of the consequences from either the law or bad press. Air pollution was commonly accepted as the smell of prosperity. Until this point, mainstream America remained largely oblivious to environmental concerns and how a polluted environment threatens human health.

However, the stage was set for change with the publication of Rachel Carson’s New York Times bestseller Silent Spring in 1962. The book represented a watershed moment, selling more than 500,000 copies in 24 countries as it raised public awareness and concern for living organisms, the environment and the inextricable links between pollution and public health.

Senator Gaylord Nelson, the junior senator from Wisconsin, had long been concerned about the deteriorating environment in the United States. Then in January 1969, he and many others witnessed the ravages of a massive oil spill in Santa Barbara, California. Inspired by the student anti-war movement, Senator Nelson wanted to infuse the energy of student anti-war protests with an emerging public consciousness about air and water pollution. Senator Nelson announced the idea for a teach-in on college campuses to the national media, and persuaded Pete McCloskey, a conservation-minded Republican Congressman, to serve as his co-chair. They recruited Denis Hayes, a young activist, to organize the campus teach-ins and they choose April 22, a weekday falling between Spring Break and Final Exams, to maximize the greatest student participation.

Our churches spend vast amounts of time and money on outreach programs to engage our communities outside the church. We have a strong interest in engaging our neighbors with the gospel. Participating in Earth Day activities is one way we can meet with fellow citizens—many of whom need to hear the gospel—by engaging in activities for the common good and building meaningful relationships.

As people of the cross living in a world that needs to hear and see the message of the gospel, becoming cobelligerents for the common good through certain forms of environmentalism may provide opportunity to connect to our communities by being good neighbors.

When we use resources wisely, pick up trash, and maintain the landscaping in our parks, we demonstrate thankfulness for God’s work in creating the world around us. We also point forward to a future state of flourishing when a frustrated creation will be set free from “its bondage to corruption and obtain the freedom of the glory of the children of God” (Rom 8:21). Caring for creation can powerfully demonstrate God’s love.

However we understand climate change data, we should still feel an ethical pull to care for the environment. Creation itself testifies to God’s glory (Ps. 19: 1–6). Adam and Eve were given responsibility to cultivate and keep the earth (Gen. 2:15), and proper stewardship of the environment remains a primary human function as sub-creators made in the image of God.

Evangelicals broadly agree that humans have a God-given responsibility to use natural resources wisely and maximize flourishing of all creation. However, when we say we are concerned about creation care and fail to participate meaningfully in organized efforts to care for creation, our actions undermine our rhetoric.

Participation in Earth Day events does not require agreement with every activity in a local Earth Day program or the worldview of supporting organizations. Among the many activities the Earth Day organization recommends are picking up trash in a local parks and planting trees. Such activities reflect a positive outlook on God’s creation and encourage engagement in pursuing the common good.

Pursuit of the Common Good

Jeremiah’s instructions to the Israelites headed to exile in a hostile culture seem more relevant with every passing week. He calls for the exiles to “seek the welfare of the city where [God has] sent you into exile, and pray to the LORD on its behalf, for in its welfare you will find your welfare” (Jer. 29:7). As we look for ways we can agree with an increasingly alien worldview, pursuing the common good through simple environmental actions should provide a point of contact.

“The earth is the LORD’s and everything in it” (Ps. 24:1). Just as saying the Pledge of Allegiance does not signify submission to the United States above Christ, participating in Earth Day activities does not require Earth worship or theological compromise. Even if bad theology is being proclaimed and practiced at an event, our mere attendance does not constitute affirmation. Instead, participating with our community in Earth Day activities allows for positively demonstrating our theological valuation of creation. The earth is our home; God is doing a work to restore it through Christ’s resurrection.