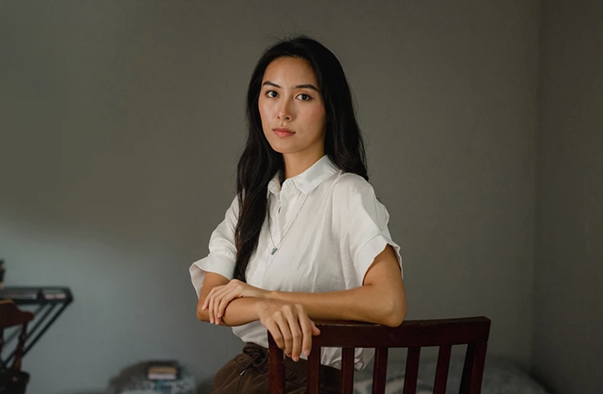 Angel Lamung had been in the public spotlight since she was a teenager. In Myanmar, she won beauty pageants, appeared in commercials, acted in movies, and sang pop songs.

But last year, when news anchors read her name on the nightly broadcast and the state-run paper printed her photo alongside other popular celebrities’, the coverage was different.

The government had put her on a wanted list.

After the military overthrew the democratically elected leadership in Myanmar (also called Burma) in a coup in February 2021, the then-23-year-old Christian was among the crowd who took to the streets and social media in protest. It changed her career forever.

The new regime responded swiftly with escalating violence to quell demonstrators and harsh criminal penalties for those who voiced opposition, especially public figures. Lamung was among 20 celebrities charged under a new law outlawing dissenters. By the United Nations’ count, 1,500 people were killed in demonstrations and more than 10,000 were “unlawfully detained” in the first year after the coup.

Lamung managed to escape last spring, fleeing to the United States as a refugee. From the safety of a spare bedroom in a family friend’s house on the East Coast, she fundraises for humanitarian aid and speaks out in support of the largest civil disobedience movement in Myanmar’s history.

“I would rather leave everything that I love than give in to the dictatorship,” Lamung remarked in a clip on her YouTube channel.

Back in Myanmar, the government froze Lamung’s bank accounts and she faces arrest if she returns. Her friends and fellow activists send dispatches from the Thai and Indian borders, where they’re waiting to flee to safety, or from Yangon, the nation’s largest city, where police stop to check their social media accounts for signs that they support the resistance, such as displaying red or black on their pages. Many activists carry burner phones or censor their profiles.

Protests became too dangerous once the police switched from rubber bullets to real ones, but civil disobedience continues. Civil servants like health care staff and teachers refuse to work under the regime; by the military’s own estimates, nearly 30 percent of public employees have participated. Some are boycotting the state-owned power company or telecommunications company (internet Aconnectivity has worsened and tripled in price since the coup).

Lamung still repeats the pleas she made to the Lord each night when she got home from the vigils and protests right after the coup—for him to bring safety and peace to Myanmar. “I can’t yet see the result of our prayers,” she said, “but God also gave us hands, feet, and a mouth to speak out for justice.”

Lamung was born and raised Baptist, the largest Protestant group in a country that’s over 90 percent Buddhist. Her family is Kachin, one of Myanmar’s majority-Christian ethnic groups. In provinces on the country’s perimeter, the Kachin, Chin, Karen, and Kayah have suffered persecution by the army for years and fought against it in favor of democracy.

These Christian groups, unsurprisingly, took a stand against the 2021 takeover in official statements and in their involvement in demonstrations, rallies, and other forms of civil disobedience. What was more remarkable, scholars pointed out in The Review of Faith & International Affairs, was how all types of citizens in Myanmar were evoking their religious beliefs in the aftermath of the coup.

There had been uprisings in the past—the country has a decades-long history of military rule—but never before were Buddhists, Catholics, and Protestants so publicly involved at once, bringing faith and prayer into their protest. Evangelicals in Myanmar share Lamung’s passion for the resistance, calling on a God who takes the side of the oppressed and against evil.