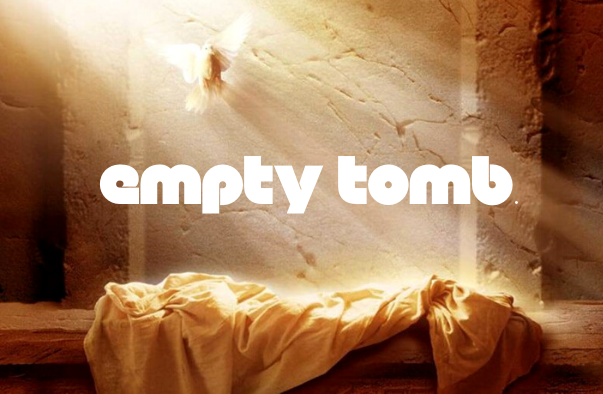 The resurrection of Jesus the Christ (Biblical Greek: ανάσταση του Ιησού) is the Christian belief that God raised Jesus on the third day after his crucifixion, starting – or restoring his exalted life as Christ and Lord. According to the New Testament writings he was firstborn from the dead, ushering in the Kingdom of God. He appeared to his disciples, calling the apostles to the Great Commission of proclaiming the Gospel of eternal salvation through his death and resurrection, and ascended to Heaven.

For the Christian tradition, the bodily resurrection was the restoration to life of a transformed body powered by spirit, as described by Paul and the Gospel authors, that led to the establishment of Christianity. For Christians, his resurrection is the guarantee that all the Christian dead will be resurrected at Christ’s parousia (second coming). In Christian theology, the death and resurrection of Jesus are the most important events, the foundation of the Christian faith, as commemorated by Easter.

All four gospels contain passages in which Jesus is portrayed as predicting the coming resurrection, or contain allusions that “the reader will understand” and three climax with his posthumous appearances after having been crucified (Mark in the original short ending does not). The moment of resurrection itself is not described in any of the gospels. Jesus is described as the “firstborn from the dead,” prōtotokos, the first to be raised from the dead, and thereby acquiring the “special status of the firstborn as the preeminent son and heir.”

His resurrection is also the guarantee that all the Christian dead will be resurrected at Christ’s parousia. After the resurrection, Jesus is portrayed as proclaiming “eternal salvation” through the disciples (Mark 16:8), and subsequently called the apostles to the Great Commission, as described in Matthew 28:16–20, Mark 16:14–18, Luke 24:44–49, Acts 1:4–8 and John 20:19–23, in which the disciples received the call “to let the world know the good news of a victorious Savior and the very presence of God in the world by the spirit.” According to these texts, Jesus says that they “will receive power when the Holy Spirit has come upon you”, that “repentance and forgiveness of sins is to be proclaimed in [the Messiah’s] name to all nations, beginning from Jerusalem”, and that “[i]f you forgive the sins of any, they are forgiven them; if you retain the sins of any, they are retained”.

The Gospel of Mark ends with the discovery of the empty tomb by Mary Magdalene, Salome, and “Mary the mother of James”. A young man in a white robe at the site of the tomb announced to them that Jesus has risen, and instructed them to “tell Peter and the disciples that he will meet them in Galilee, ‘just as he told you'” (Mark 16). It says that Jesus first appeared to Mary Magdalene, then to two followers outside Jerusalem, and then to the eleven remaining Apostles, commissioning them to spread “The Good News” (often referred to as “The Great Commission”), saying: “The one who believes and is baptized will be saved; but the one who does not believe will be condemned.”

In Matthew, Luke and John, the resurrection announcement is followed by appearances of Jesus first to Mary Magdalene then to other followers. The Gospel of Matthew describes a single appearance in Galilee, Luke describes several appearances in Jerusalem, John mentions appearances in both Jerusalem and Galilee. At some point, these appearances ceased in the early Christian community, as reflected in the Gospel-Narratives: the “Acts of the Apostles” says that “for forty days he had continued to appear to them”. The Gospel of Luke describes Jesus ascending to heaven at a location near Bethany. In the Gospel of Matthew, an angel appeared to Mary Magdalene at the empty tomb, telling her that Jesus is not there because he has been raised from the dead, and instructing her to tell the other followers to go to Galilee, to meet Jesus. Jesus then appeared to Mary Magdalene and “the other Mary” at the tomb; and next, based on Mark 16:7, Jesus appeared to all the disciples on a mountain in Galilee, where Jesus claimed authority over heaven and earth, and commissioned the disciples to preach the gospel to the whole world. Matthew presents Jesus’s second appearance as an apotheosis (deification), commissioning his followers to “make disciples of all nations, baptizing them in the name of the Father and of the Son and of the Holy Spirit, and teaching them to obey everything that I have commanded you.” In this message, the end-times are delayed, “to bring the world to discipleship.”

In the Gospel of Luke, “the women who had come with him from Galilee” come to his tomb, which they find empty. Two angelic beings appeared to announce that Jesus is not there, but has been raised. Jesus then appeared to two followers on their way to Emmaus, who notify the eleven remaining Apostles, who respond that Jesus has appeared to Peter. While they were describing this, Jesus appeared again, explaining that he is the messiah who raised from the dead according to the scriptures, “and that repentance and forgiveness of sins is to be proclaimed in his name to all nations, beginning from Jerusalem.”

In Luke–Acts (two works from the same author) he then ascended into heaven, his rightful home. In the Gospel of John, Mary Magdalene found the tomb empty, and informed Peter. She then saw two angels, after which Jesus himself appeared to her. In the evening, Jesus appeared to the other followers, followed by another appearance a week later. He later appeared in Galilee to Peter, Thomas, and two other followers, commanding Peter to take care of his followers.

In the Acts of the Apostles, Jesus appeared to the apostles for forty days, and commanded them to stay in Jerusalem after which Jesus ascended to heaven, followed by the coming of the Holy Spirit at Pentecost, and the missionary task of the early church.