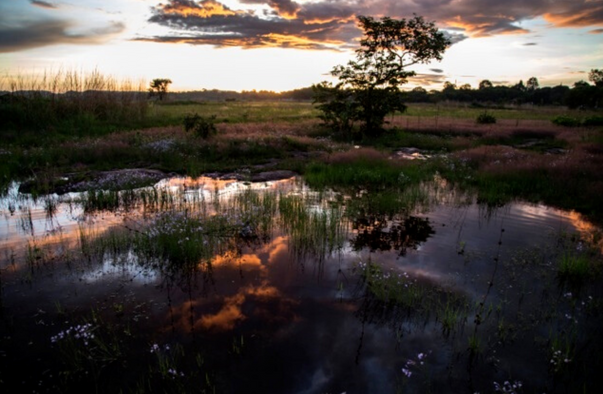 The Monavale Vlei is under threat of development. Again. It has been proposed that 105 cluster homes be built on this important wetland, which is a recognised Ramsar Site, and a key player in Harare’s water supply and climate resilience.

Building on Monavale Vlei will destroy it. We need to stop this!

The Monavale Vlei has shown itself over time to be a crucial resource to the country in marking our national commitment to the Ramsar Convention and the reduction of wetland loss. Monavale Vlei is a Ramsar site, recognised nationally and internationally as one of  2,453 important wetlands, ranked alongside places like Victoria Falls, Mana Pools, Lake Chivero, Okavango Delta, and Drakensberg Park. Like these places, the Monavale Vlei plays an essential role in refilling rivers and water tables. Monavale Vlei feeds river systems that feed into Lake Chivero – the city’s main water supply. Destruction of this wetland will have dramatic and lasting effects on Harare’s water, making a bad situation, much worse.

With buildings built on wetlands already suffering, it is clear why developing on vlei is unwise. Monavale Vlei, like other wetlands, acts as a sponge which stops flooding. Protecting the Monavale Vlei from development will protect the surrounding residents from flood risk as well as water loss.

Alongside the Ramsar Convention, Zimbabwe is also a member state of the United Nations, we are committed to the UNs SDGs, which recognise wetlands as playing a central role in ensuring water availability. These are responsibilities that we should take seriously as a nation.

THE WETLAND’S ROLE IN EDUCATION AND RESEARCH

School children from in and around Harare regularly visit the vlei to learn of the importance of wetlands and observe and celebrate the biodiversity it has to offer. It is a place where university students can do important research for generations to come. The vlei is also a tourist attraction due to its biodiversity and rare birds.  Green spaces are crucial for the wellbeing of all humans, and as they diminish in suburban areas, there will be a negative impact on a generation already facing climate anxiety, loss of learning from the pandemic and growing health concerns because of climate destruction.

Ultimately, wetlands are crucial for the global fight against the climate crisis. They are fragile ecosystems that support important biodiversity which helps climate resilience. Additionally, studies suggest that wetlands play a vital role in the long-term storage of carbon. The destruction of wetlands for development is likely to release carbon into the atmosphere, at a time where this is the one thing we need to stop to avoid climate catastrophe.

We need to preserve this ecosystem for the role it plays in protecting Harare’s fragile water system, the biodiversity it houses, for its educational value, its important function in sequestering carbon, its beauty, and for the global fight against climate change.

Petition From the ‘Conservation Society of Monavale’

Please also click here and complete this short form to register your objection against this dSave monavaleevelopment to the Environmental Management Authority of Zimbabwe.