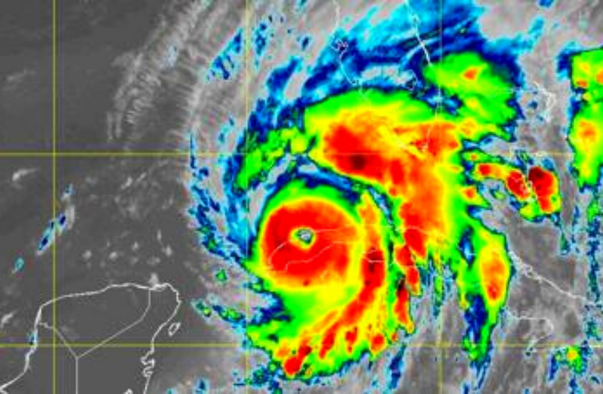 Destructive flooding submerged places like Fort Myers Beach and Naples, leaving scenes of chaos. Meanwhile, fierce winds cut power to more than 1.8 million and Florida’s governor said Ian will rank among the top five hurricanes to ever hit the state.

Lee County Utilities issued a system-wide boil water notice due to impacts from Hurricane Ian. The Category 4 hurricane made its first U.S. landfall in the county Wednesday afternoon, bringing towering storm surge and fierce winds. Amid the chaos, the city of Fort Myers, located in Lee County, Florida, even issued an emergency citywide curfew. Officials in Pasco County, just north of Tampa, also ordered a boil advisory for parts of that county.

According to the Centers for Disease Control and Prevention, residents under a boil water notice are advised to use bottled water, or boil tap water when bottled water is not available, if they are planning to use it for:

Ian’s storm surge has arrived along parts of the southwest Florida coast, but for most spots, surge is receding.

In Fort Myers proper, however, storm surge was over 7 feet with high tide this evening. Previously the highest storm surge was 3.36 feet MHHW during Hurricane Gabrielle in 2001. Widespread flooding is ongoing.

Meanwhile, winds are blowing offshore producing a blowout tide in Tampa Bay. Water levels are around 8 feet below average near the Port of Tampa and many parts of Tampa Bay were dry for much of Wednesday.

I​an’s eyewall continues to scrape through Southwest and Central Florida prompting several rarely-issued “Extreme Wind Warnings” used by the National Weather Service only in situations of the most intense winds in stronger hurricanes. Winds over 115 mph are expected.

Extreme rainfall is also now beginning to cause flooding. More than a foot of rainfall has occurred in several Southwest Florida counties. Hunker down in the lowest dry floor of the structure you are in.

Winds gusted over 100 mph in Punta Gorda, Florida, for 30 minutes in the 4 p.m. hour and has continued to report wind gusts over 100 mph this evening.

Winds have recently gusted up to 128 mph in Grove City on Charlotte Harbor, 126 mph at Redfish Pass, 124 mph in Punta Gorda, 118 mph at Tarpon Point in Cape Coral, 112 mph at the Naples Grande Beach Resort, 104 mph at Venice Beach, and 107 mph near Sanibel Island. Gusts over 40 mph have been clocked on the Atlantic side, including a 54 mph gust at Cape Canaveral. Street flooding was reported in Stuart, about 100 miles north of Miami.

A​ tornado watch is in effect for east-central Florida until 1 a.m. EDT.