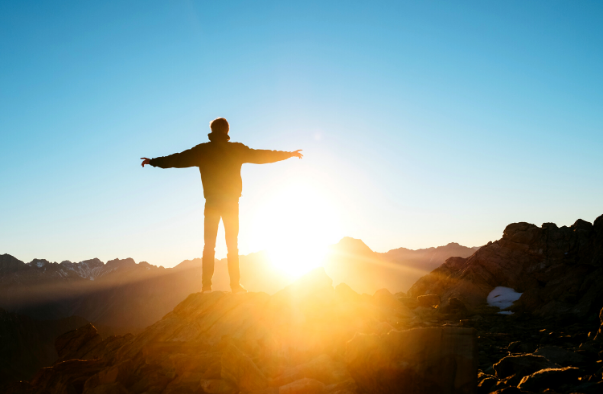 The beloved physician Luke followed up his Gospel with an account of the exciting history of the early New Testament Church. The book of Acts demonstrates Jesus Christ’s promise and His commission to the Church being fulfilled. What can we learn and apply from the book of Acts today?

A major figure in the book of Acts and the New Testament is the apostle Paul. But he did not start off as a hero to the Church of God, but rather a villain. Acts 9 tells the story of the dramatic conversion of the man formerly known as Saul, the persecutor.

“Then Saul, still breathing threats and murder against the disciples of the Lord, went to the high priest and asked letters from him to the synagogues of Damascus, so that if he found any who were of the Way, whether men or women, he might bring them bound to Jerusalem.

“As he journeyed he came near Damascus, and suddenly a light shone around him from heaven.

“Then he fell to the ground, and heard a voice saying to him, ‘Saul, Saul, why are you persecuting Me?’

“And he said, ‘Who are You, Lord?’ Then the Lord said, ‘I am Jesus, whom you are persecuting. It is hard for you to kick against the goads.’

“Then Ananias answered, ‘Lord, I have heard from many about this man, how much harm he has done to Your saints in Jerusalem. And here he has authority from the chief priests to bind all who call on Your name.’

“But the Lord said to him, ‘Go, for he is a chosen vessel of Mine to bear My name before Gentiles, kings, and the children of Israel. For I will show him how many things he must suffer for My name’s sake.’

“And Ananias went his way and entered the house; and laying his hands on him he said, ‘Brother Saul, the Lord Jesus, who appeared to you on the road as you came, has sent me that you may receive your sight and be filled with the Holy Spirit.’

“Immediately there fell from his eyes something like scales, and he received his sight at once; and he arose and was baptized…

“Immediately he preached the Christ in the synagogues, that He is the Son of God. Then all who heard were amazed, and said, ‘Is this not he who destroyed those who called on this name in Jerusalem, and has come here for that purpose, so that he might bring them bound to the chief priests?'” (Acts 9:13-18, 20-21).

Why Four Gospels? Do They Contradict Each Other?

An Overview of Acts

Luke continues his accurate and exciting history, begun in the Gospel of Luke, with this book about the first 30 years or so of the New Testament Church. We can learn much from the zeal, mission and examples of the first Christians, fueled by the power of the Holy Spirit.

How did Jesus Christ begin to fulfill His promises through the Church?

Matthew 16:18
“And I also say to you that you are Peter, and on this rock I will build My church, and the gates of Hades shall not prevail against it.”

Luke 24:46-49
Then He said to them, “Thus it is written, and thus it was necessary for the Christ to suffer and to rise from the dead the third day, and that repentance and remission of sins should be preached in His name to all nations, beginning at Jerusalem. And you are witnesses of these things. Behold, I send the Promise of My Father upon you; but tarry in the city of Jerusalem until you are endued with power from on high.”

Acts 1:8
“But you shall receive power when the Holy Spirit has come upon you; and you shall be witnesses to Me in Jerusalem, and in all Judea and Samaria, and to the end of the earth.”

Jesus Christ promised to build His Church and empower it with the power of the Holy Spirit. Acts 1:8 can serve as an outline of the spread of the good news of the Kingdom of God:

Did the disciples have absolute proof of the resurrection?

Acts 1:3
…to whom He also presented Himself alive after His suffering by many infallible proofs, being seen by them during forty days and speaking of the things pertaining to the kingdom of God.

The four Gospels, Acts and passages such as 1 Corinthians 15:3-8 give details of the infallible proofs of Jesus’ resurrection. The zeal and fearlessness of the formerly fearful disciples also testify to their conviction that Jesus Christ was killed but was raised from the dead and was now backing up their efforts with power.

What message did two angels give the disciples when Christ was taken up to heaven?

Acts 1:10-11
And while they looked steadfastly toward heaven as He went up, behold, two men stood by them in white apparel, who also said, “Men of Galilee, why do you stand gazing up into heaven? This same Jesus, who was taken up from you into heaven, will so come in like manner as you saw Him go into heaven.”

This hope of Jesus Christ’s return was a key element of the gospel—the good news—the early New Testament Church taught.

What happened on Pentecost, 50 days after Christ’s resurrection?

Acts 2:1-4, 37-41
When the Day of Pentecost had fully come, they were all with one accord in one place.
And suddenly there came a sound from heaven, as of a rushing mighty wind, and it filled the whole house where they were sitting.
Then there appeared to them divided tongues, as of fire, and one sat upon each of them.
And they were all filled with the Holy Spirit and began to speak with other tongues, as the Spirit gave them utterance…
Now when they heard this, they were cut to the heart, and said to Peter and the rest of the apostles, “Men and brethren, what shall we do?”
Then Peter said to them, “Repent, and let every one of you be baptized in the name of Jesus Christ for the remission of sins; and you shall receive the gift of the Holy Spirit.
“For the promise is to you and to your children, and to all who are afar off, as many as the Lord our God will call.”
And with many other words he testified and exhorted them, saying, “Be saved from this perverse generation.”
Then those who gladly received his word were baptized; and that day about three thousand souls were added to them.

This annual festival marked the beginning of the New Testament Church and the giving of the Holy Spirit. Everything in the book of Acts radiates from this pivotal event.

What did Stephen say that led to his martyrdom? Who consented to his death?

Acts 7:52, 56-58
“Which of the prophets did your fathers not persecute? And they killed those who foretold the coming of the Just One, of whom you now have become the betrayers and murderers…”
[Stephen] said, “Look! I see the heavens opened and the Son of Man standing at the right hand of God!”
Then they cried out with a loud voice, stopped their ears, and ran at him with one accord; and they cast him out of the city and stoned him. And the witnesses laid down their clothes at the feet of a young man named Saul.

Stephen’s sermon recounted events in biblical history, concluding with the point that God’s people of the past and present have disobeyed God. Instead of being cut to the heart and repenting, as the crowd did on Pentecost, this group chose the more natural response of anger. Instead of believing and accepting their own guilt, they accused Stephen of blasphemy.

This was the start of a great persecution that Saul was a part of. But eventually this Saul was converted and became known to us as the apostle Paul (see the introduction of this lesson).

How did Peter come to understand that God was now calling gentiles?

Acts 11:15-17
“And as I began to speak, the Holy Spirit fell upon them, as upon us at the beginning.
“Then I remembered the word of the Lord, how He said, ‘John indeed baptized with water, but you shall be baptized with the Holy Spirit.’
“If therefore God gave them the same gift as He gave us when we believed on the Lord Jesus Christ, who was I that I could withstand God?”

For gentiles to convert to Judaism, they had to be circumcised. So naturally Jewish Christians thought that circumcision would be required for gentiles to convert to Christianity as well. But God showed Peter that He was also calling uncircumcised gentiles. To convince Peter, God first gave him a vision. Then when the Holy Spirit was given to Cornelius’ household in the same way it was given on Pentecost, Peter was completely convinced.

What was the typical way Paul spread the gospel message in the new cities he visited on his missionary journeys?

Acts 13:42
So when the Jews went out of the synagogue, the Gentiles begged that these words might be preached to them the next Sabbath.

Acts 17:2-3
Then Paul, as his custom was, went in to them, and for three Sabbaths reasoned with them from the Scriptures, explaining and demonstrating that the Christ had to suffer and rise again from the dead, and saying, “This Jesus whom I preach to you is the Christ.”

Paul often preached on the seventh-day Sabbath in the synagogues until a local congregation was set up, which then met elsewhere to worship together. He preached to both Jews and gentiles on the Sabbath. There is no biblical evidence that the day of worship was changed (see “Was the Sabbath Changed in the New Testament?” from the free booklet Sunset to Sunset: God’s Sabbath Rest).

What message did the apostle Paul continue to preach after ending up imprisoned in Rome?

Acts 28:30-31
Then Paul dwelt two whole years in his own rented house, and received all who came to him, preaching the kingdom of God and teaching the things which concern the Lord Jesus Christ with all confidence, no one forbidding him.

Read Acts 17:10-12. The Bereans, like all the Jews, did not understand that their Scriptures prophesied two comings of the Messiah: first, as a suffering Servant and sacrifice for our sins and, second, as King in the Kingdom of God.

The Jews didn’t understand the first coming. Today, many do not fully understand the second. The Bereans were willing to check these things out in the Bible. We pray you will be willing to check out what the Scriptures say about Jesus Christ’s second coming and the good news of the Kingdom of God. Please take time to read The Gospel of the Kingdom, which brings together relevant passages from both the Old and New Testaments about this vital subject. This is the good news that Jesus Christ and all the apostles, including Paul, preached.

The NAVE. Where People Pray.