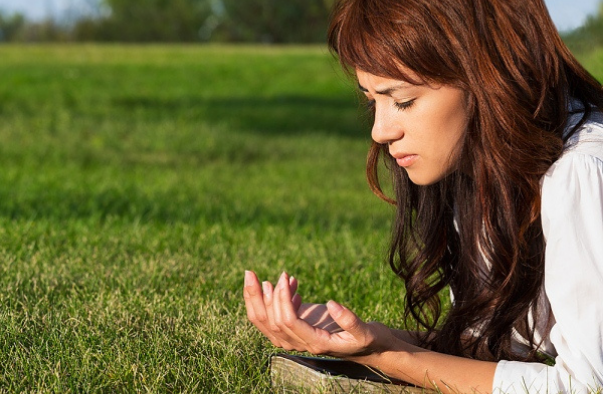 “Why didn’t Jesus have any women disciples?” My 9-year-old, Eliza, always asks the hardest questions, and they come rapid fire. Quite often, when she starts her inquisition, I begin with “I’m not really sure.” Part of my job as a parent is being honest when I don’t know. But when she asked this question, I just smiled and said, “He did.”

Eliza had good reason for her question. The 12 tribes of Israel began with the 12 sons of Abraham’s grandson Jacob, and Jesus chose 12 Jewish men as his “apostles,” signaling a new start for God’s people (Matt. 19:28; Luke 22:30). Mark describes the apostles like this: “He appointed twelve (whom he also named apostles) so that they might be with him and he might send them out to preach and have authority to cast out demons” (Mark 3:14–15). From this point on, when Mark uses the word “disciples,” he tends to mean these 12 apostles.

But Luke explains that the 12 were a subset of Jesus’s disciples. After a night of prayer, Jesus “called his disciples and chose from them twelve, whom he named apostles” (Luke 6:13). So, what about the larger group of disciples who traveled with Jesus? Luke makes it clear that this larger group included many women.

After telling a story of Jesus forgiving a notoriously sinful woman and commending her over a self-consciously religious man, Luke writes:

Soon afterward [Jesus] went on through cities and villages, proclaiming and bringing the good news of the kingdom of God. And the twelve were with him, and also some women who had been healed of evil spirits and infirmities: Mary, called Magdalene, from whom seven demons had gone out, and Joanna, the wife of Chuza, Herod’s household manager, and Susanna, and many others, who provided for them out of their means. (Luke 8:1–3)

Luke makes it clear that this larger group of disciples included many women.

Luke notes that many of the women who traveled with Jesus had been healed by him—whether physically or spiritually—and that his ministry was supported financially by his female followers. This is significant. Luke often focuses our eyes on the poor and marginalized. But here we get a glimpse of the rich women who were drawn to Jesus—so captivated by him that they left their homes and followed him wherever he went. The Gospel authors named people in order to flag them as eyewitness sources. When Luke names these three women in particular, he is likely signaling that they’re among the witnesses on whose testimony he draws for his account of Jesus’s life.

Mary Magdalene comes first and has become by far the most famous of Jesus’s female disciples. Instead of being distinguished from all the other Marys by reference to a husband or a son, she’s identified as coming from her hometown—just as Jesus is sometimes called “Jesus of Nazareth.”

We don’t know this Mary’s marital status or whether she had children. We don’t know what she looked like or anything about her sexual history. The idea that she was a reformed prostitute was introduced centuries after her death. All Luke tells us is that Jesus cast seven demons out of her. Mary Magdalene had been utterly ravaged by spiritual forces of evil—the last person we might expect to be recruited to the Son of God’s core team. But Jesus likes to pick the most unlikely people, and this Mary not only travels with Jesus during his ministry, she also plays a critical role in testifying to Jesus’s resurrection.

Mary Magdalene went from being a playground of demons to a key player in God’s topsy-turvy plan to change the world. How do we glimpse Jesus through her eyes? We see him as the One who utterly transformed her life—the One who lifted her out of a demonic pit and set her on her feet as a devoted disciple.

The second woman Luke names—“Joanna, the wife of Chuza, Herod’s household manager”—is far less famous today than Mary Magdalene. You could read Luke’s Gospel 10 times and not remember her. But Joanna would have stuck in Luke’s first readers’ minds because of her status and her connection with the man who imprisoned and beheaded John the Baptist.

This Herod is not King Herod the Great, who ruled when Jesus was born, but one of his sons, Herod Antipas, who rules over Galilee during Jesus’s ministry. Luke tells us that when Herod Antipas hears about Jesus, he wants to meet him: “John I beheaded,” he says, “but who is this about whom I hear such things?” (Luke 9:9). How does Luke know about Herod’s reaction? Quite likely through Joanna. As Herod’s household manager, Chuza would hold a high rank in Herod Antipas’s court. His wife would have access to the court chatter, and her abandonment of court comforts to travel with a controversial rabbi would cause a stir.

In fact, Joanna’s decision to become a disciple of Jesus is nothing short of dangerous. Herod is intrigued by Jesus, but he also wants to kill him (13:31). As a member of Herod’s court, Joanna takes a tremendous risk by leaving everything to follow Jesus, and the unique insights Luke has about Herod’s thinking and behavior may well be thanks to her.

Joanna’s high social status also makes clear that the women who traveled with Jesus were not included simply to perform domestic tasks. In fact, Richard Bauckham argues that it is “quite mistaken to suppose that the women [in Luke 8:1–3] are assigned, within the community of Jesus’s disciples, the kind of gender-specific roles that women played in the ordinary family situation.” A woman of Joanna’s status would have had servants back home to cook and clean for her. Rather, the wealthy women among Jesus’s disciples funded his mission.

The women who traveled with Jesus were not included simply to perform domestic tasks.

Of course, this doesn’t mean they never got their hands dirty. Jesus taught his followers again and again that serving others is intrinsic to discipleship. He even got down on his knees and washed their feet (John 13:1–17). But Luke’s naming of Joanna, in particular, undermines the idea that the women were brought along to keep house for the men.

Did Jesus have female disciples? Yes, he absolutely did. The women Luke mentions in Luke 8:1–3 are among “those who from the beginning were eyewitnesses and ministers of the word” (Luke 1:2). And 2,000 years later, wherever the Gospels are read all over the world, their stories are told. Editors’ note:

This article is adapted from Jesus Through the Eyes of Women: How the First Female Disciples Help Us Know and Love the Lord by Rebecca McLaughlin (TGC, July 2022). Purchase through the TGC Bookstore or Amazon.