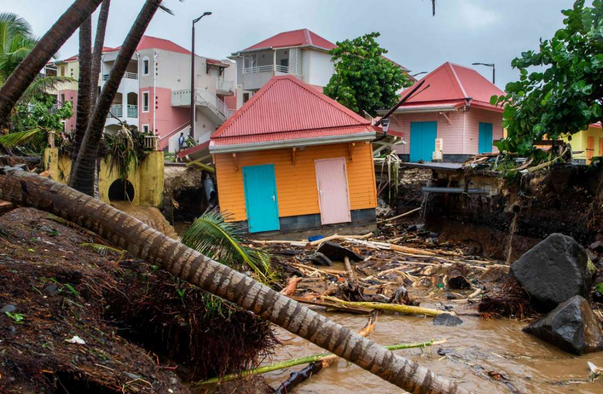 And, even though the threat of direct impacts to the United States has decreased, beaches up and down the Eastern Seaboard will still feel Fiona’s effects in the form of dangerous surf.

Forecasters project Fiona will track northwestward into the western Atlantic Ocean. The storm’s destructive eye wall is expected to pass over part of the Turks and Caicos Islands on Tuesday as it continues to gain wind intensity.

As Fiona continues strengthening as AccuWeather meteorologists expect, it will become the season’s first Category 3 major hurricane by midweek with maximum-sustained winds of 111-129 mph ( 178-208 km/h). There is even the potential for Fiona to reach Category 4 status southwest of Bermuda and east of the Bahamas with sustained winds from 130 to 156 mph (209-251 km/h).

Late last week, AccuWeather meteorologists were analyzing two scenarios at play with Fiona’s path once it crossed the northern Caribbean — one that whisked the storm out to sea and another that caused Fiona to sit and spin in the western Atlantic for days, before possibly turning toward the east coast of the United States.

GET THE FREE ACCUWEATHER APP