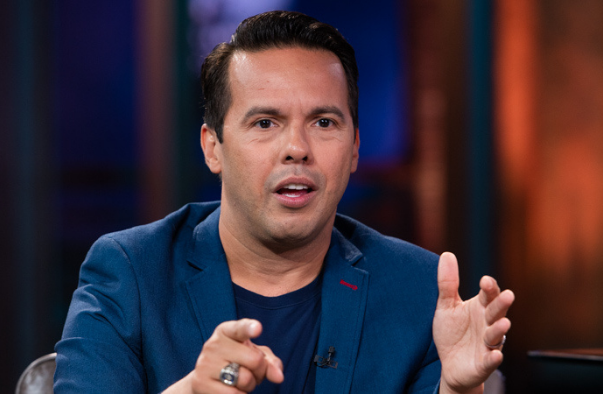 God’s Mantle of Anointing and Power Is Waiting for You!
Inspired by the faithfulness and courage of the great biblical prophets Elijah and Elisha, bestselling author Samuel Rodriguez explores the power of persevering with hope amid the dark times in which we live. If painful circumstances or losses have left you weary and discouraged, then grab hold of God’s promises and get ready to complete your assignment!

Standing on the truth of God’s Word, Pastor Sam helps you to:

· remain faithful to God and experience His power and provision
· discover God’s guidance for the time and season you are in
· learn how the plow of perseverance always leads to a mantle of promotion
· get your family back, your spiritual hunger back, your dream back

No matter what you are experiencing, do not doubt for one second that God is at work in your life. Hell cannot stop the prophetic anointing that God has placed on you. Determine to persevere–and expect a harvest of outpouring from the limitless and living God!

Samuel Rodriguez is the President of the National Hispanic Christian Leadership Conference (NHCLC), the world’s largest Hispanic Christian organization with 42,000 plus U.S. churches and many additional churches spread throughout the Spanish-speaking diaspora.

Rodriguez stands recognized by CNN, FOX News, Univision and Telemundo as America’s most influential Latino/Hispanic faith leader. Charisma magazine named him one of the 40 leaders who changed the world. The Wall St. Journal named him one of the top 12 Latino leaders and he was the only faith leader on that list. He has been named among the “Top 100 Christian Leaders in America” (Newsmax 2018) and nominated as one of the “100 most influential people in the world” (TIME 2013). Rodriguez is regularly featured in CNN, Fox News, Univision, PBS, Christianity Today, The New York Times, The Wall Street Journal, and many others.

Rodriguez was the first Latino to deliver the keynote address at the annual The Martin Luther King, Jr. Commemorative Service at Ebenezer Baptist Church, and is the recipient of the Martin Luther King Jr. Leadership Award presented by the Congress of Racial Equality.